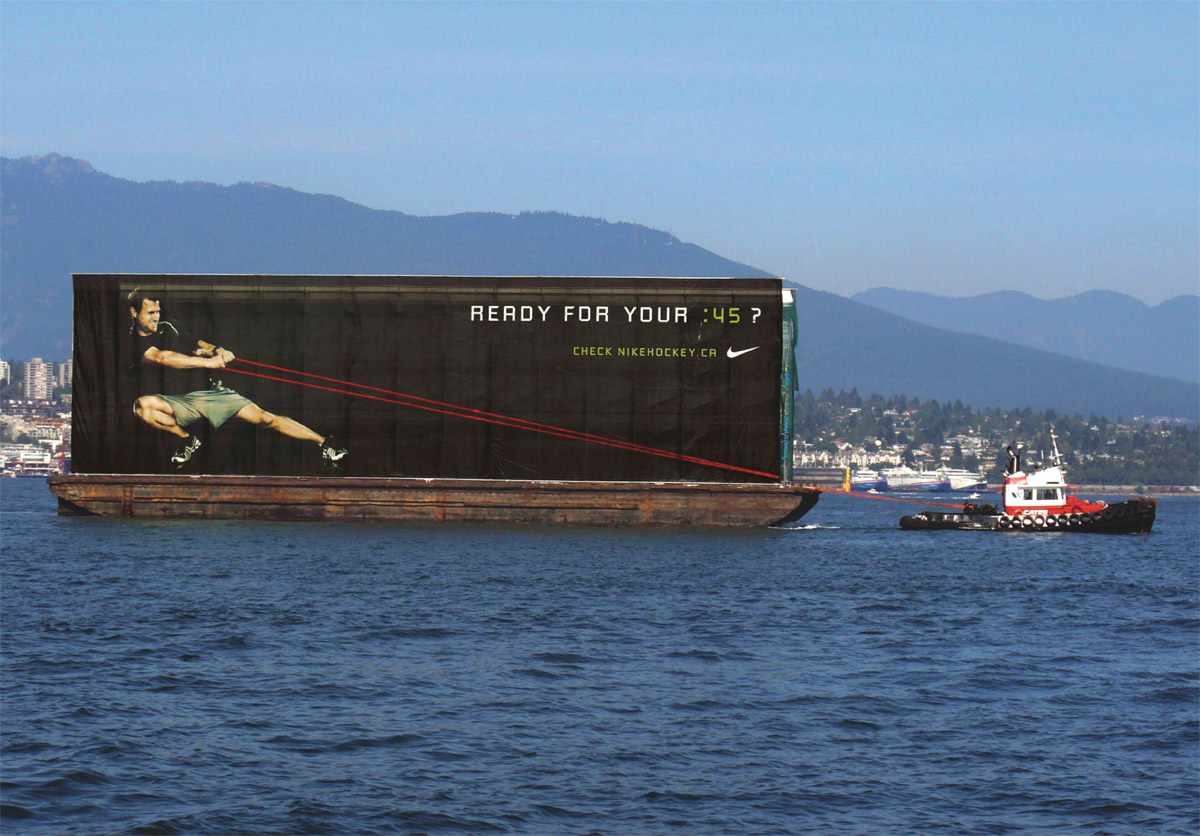 The caption, “Ready for your :45?” refers to the average amount of time that a hockey player spends on the ice per shift. The billboard is obviously being pulled by the tugboat, but the image on the billboard suggests that this man is actually pulling the tugboat. In other words, he has been training with Nike gear and is ready for his :45 … are you? 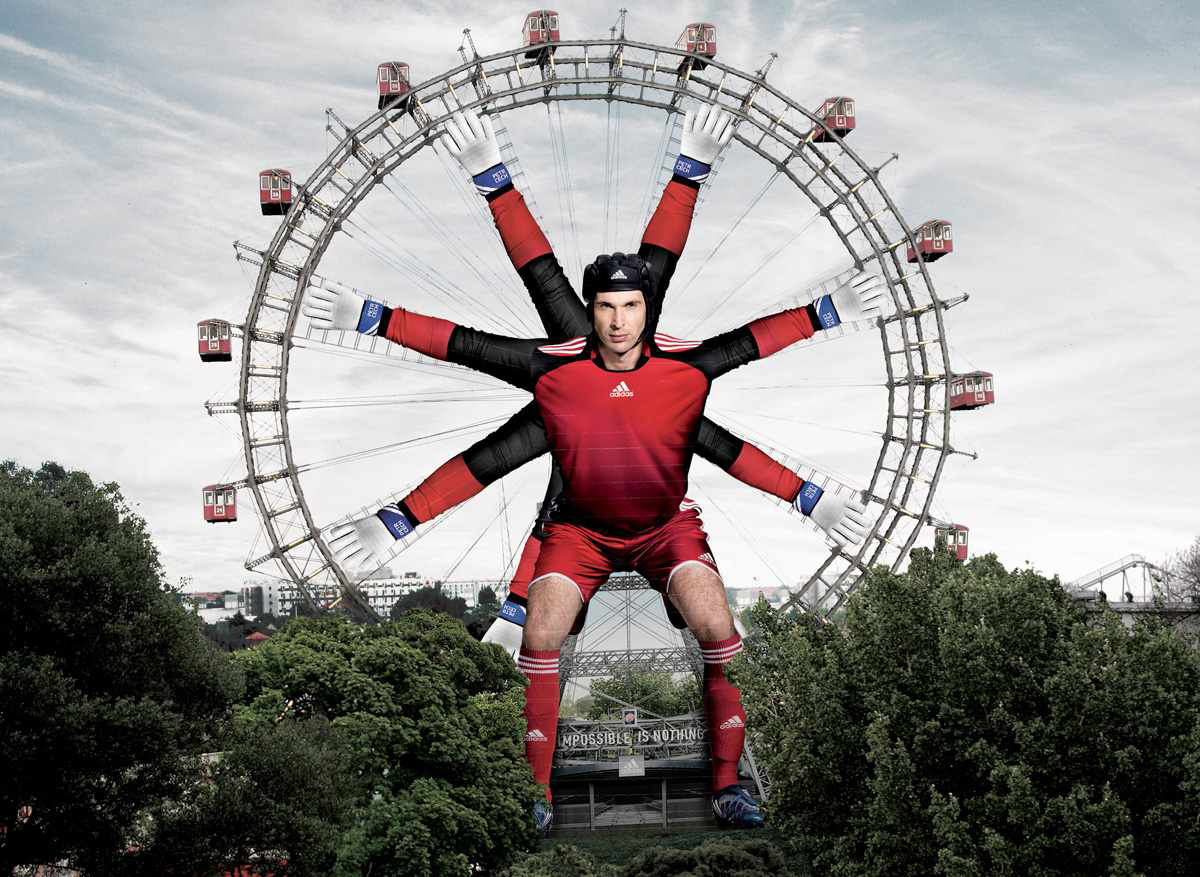 This billboard was displayed just prior to the start of the 2008 EuroCup soccer tournament in Vienna. The man is goalie Petr Cech and the billboard is stationed directly in front of the Prater ferris wheel. As a result of the positioning, it looks like Peter Cech is actually supporting the wheel.

This billboard was created as a solution to a problem. In Lima, Peru, many people are suffering because of a lack of drinkable water. In response, UTEC partnered with an advertising firm to create a billboard that can actually produce drinking water from the water vapor in the air. The billboard produced 9,450 liters of drinking water in just its first three months. Talk about innovation.

The little boy shown in this digital billboard knows when a British Airways plane is flying overhead. As a plane flies over the billboard, the boy stands up, points at the plane and walks across the billboard screen as it flies by. The boy is used to grab your attention and his actions are followed by a promotional message from British Airways.

Orphea wanted to prove the power of its insect spray. In order to prove the spray’s efficiency, they creatively transformed an average billboard into a giant insect trap. Kind of gross, but effective nonetheless; it definitely gets the message across.

To unveil a new line of hair products, this company created a digital billboard depicting a stationary woman that could tell when a train was arriving. As a train arrives at the platform, the girl’s hair starts to blow around wildly highlighting their slogan: “Makes your hair come alive.”

This video shows a billboard war between Audi and BMW. The companies took their competition to social media to ask for consumers’ opinions about who was winning the war. Check out the video and judge for yourself!