The gig: Advertising veteran Jimmy Smith, 53, has orchestrated award-winning work for brands including Nike and Gatorade, the latter involving the adoption of the more edgy “G” in packaging and marketing the sports drink. Since 2011, Smith has been chief executive and chief creative officer of Amusement Park Entertainment, which he founded with advertising conglomerate Interpublic Group, to develop “branded entertainment” — industry lingo for making the product or brand the centerpiece of an app, game, event, television show or movie, rather than creating an ad that viewers can ignore. 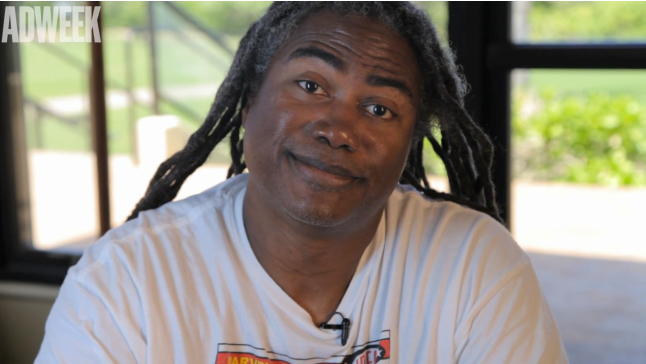 Another gig: Smith has added more traditional advertising and marketing back into his playbook. His businesses will operate as part of a larger company called simply Amusement Park, formed with longtime executives from DGWB Advertising & Communications. Smith is chairman and chief creative officer of the new firm. Partners Mike Weisman, Ed Collins and Jon Gothold have taken on the jobs of CEO, president and executive creative director, respectively. The venture operates out of offices in Los Angeles and Santa Ana, where DGWB has occupied the town’s historic city hall. Combined, the businesses have nearly 90 employees.

Parental influence: Smith, born in Muskegon, Mich., points to the determination of his father, James, to leave factory work and run his own business, eventually acquiring a restaurant franchise. “It was the first time that I could remember of a black person owning something in Muskegon,” Smith said. “It stayed in my head that I could do that too.” His mother, Evelyn, was a teacher and his language guide. “I couldn’t speak or write or do anything, from a very young age, without being corrected on the right way to do it by my mom, in a healthy way.”
Becoming “Bewitched”: Branding and advertising was an early career idea, Smith said, that he got from “Bewitched,” a sitcom that ran from 1964 to 1972 about New York ad exec Darrin Stephens. In the show, Stephens marries a witch, Samantha. The only drawback was having an evil witch — Endora — for a mother-in-law. “Darrin’s wife was beautiful,” Smith said. “He had a big house and if it wasn’t for Endora, it seemed like a pretty easy gig.”